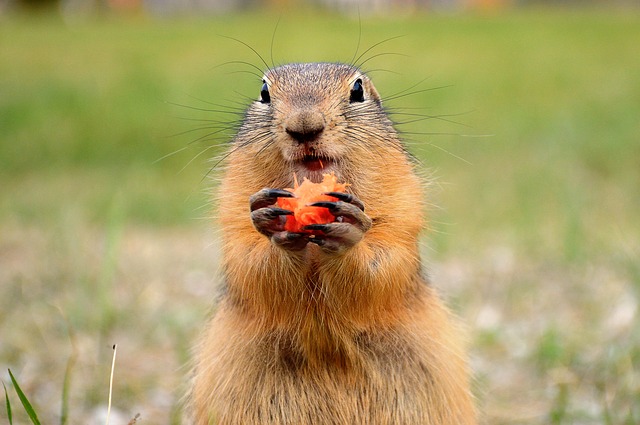 Reproduction of domestic rodents is a complex and fascinating process, which has its own subtleties and peculiarities. To obtain healthy offspring, the breeder requires patience, special knowledge and skills. Mistakes made during breeding can lead to a sad outcome, up to the death of the cubs and mother.

Features of reproduction of rodents

Sexual maturity in almost every species of rodents – rats, hamsters, mice, guinea pigs, etc. – occurs much earlier than their physiological maturity. Therefore, every owner must remember that it is not necessary to strive for early breeding. The body of a rodent by the time of puberty is not yet fully formed. Premature mating and childbirth can lead to the exhaustion of the female and further inability to future birth of cubs. And in some cases, the death of the animal.

Each species of rodent has an individual puberty period. So, rats reach maturity at the age of five weeks, hamsters – at one and a half to two months, mice and guinea pigs – at seven to eight weeks.

The fecundity of different representatives of this order of mammals also differs significantly. So, for example, golden hamsters in the first litter bring six cubs, and in subsequent ones – up to sixteen. Rats have up to nine pups in one litter, and in a year there can be six or seven.

Despite the general fecundity, the first offspring can be very small. To avoid this, you need to diversify the diet of young females, enrich their food with mineral supplements, trace elements and essential vitamins.

Of great importance for successful reproduction and obtaining healthy, numerous offspring is the selection of producers. To get a good offspring, you need to correctly select animals with a proven pedigree and prepare them for mating for a long time: do not stress, monitor their health, feed them correctly and balanced.

When the female is ready to mate, she begins estrus and hunting. Estrus represents the culmination of the entire sexual cycle of the pet. Hunting is the readiness of the female for direct sexual contact.

During estrus, ovulation occurs in the body of the female. These physiological changes contribute to the promotion of active spermatozoa. As a result, fertilization and successful fixation of the embryo in the body of the uterus occurs. As soon as the external genital organs (vulva) of the female have changed, we can safely talk about her readiness for mating.

Sometimes the puberty of animals proceeds with deviations. This can be affected by past diseases, poor living conditions, malnutrition, poor heredity. If during this period any deviations in the behavior of the rodent appear, for example, loose stools, lethargy, refusal of food, then you should seek help from a veterinary clinic and undergo an appropriate course of treatment.

During the breeding season, the behavior of the male and female changes. Even a novice breeder will see these changes. The female, ready for mating, sniffs the male and follows him wherever he goes. If the period of readiness has not yet come, the female, on the contrary, runs away, scaring the male with loud sounds.

As for the sexual activity of the male, it depends on several factors:

Once again, it should be noted that a well-composed diet has a positive effect on active reproduction, both in females and males.

First-year males cover a smaller number of females than older ones. In order for the female to be guaranteed to become pregnant, she must be planted with more active males.

The mating process in rodents of different species occurs almost identically. Therefore, the stages of breeding and the behavior of a female with a male during mating can be considered using the example of one of the species, for example, guinea pigs.

Puberty in these rodents begins at the age of three months, and by seven months the female is already considered an adult and ready to mate. It is desirable to select a female for breeding from numerous summer litters of healthy rodents.

The size of the male should be slightly larger than the size of the female. Individuals must be healthy and in good shape. There are times when two perfectly chosen sires with a good pedigree give birth to poor quality cubs. It is most likely to occur in young animals. In the next litters, the situation will change dramatically.

It is not recommended to mate the female often, as this will lead to her weakening, deterioration in the health of the cubs and a decrease in litter. This recommendation is also important for the male – with frequent mating, the males are also depleted, as a result of which the females remain unfertilized.

Rodents such as guinea pigs are ready to breed throughout the year. Their sexual cycles repeat every 15 days, and slow down a little in winter. The duration of estrus in the female is a day, it is at this time that fertilization is possible.

One male calmly covers from five to ten females. They can be planted one at a time during estrus, or kept in the same cage with the male. Covered females must be transplanted, and after two hours, mating can be repeated again.
In the absence of another estrus in the female, it can be argued that she is pregnant. As early as the fourth week, this can be confirmed by gently feeling the animal’s abdomen. A pregnant female must be immediately placed in a separate cage.

The time of bearing offspring is different for each type of rodent. For example, in the guinea pig discussed above, pregnancy lasts an average of 64 days. A pregnant female must be handled carefully: do not stress, monitor the temperature and humidity in the house, do not move the cage, keep it clean, but at the same time clean the cage as rarely as possible. With careless handling, the rodent may have a miscarriage.

A few days before the onset of childbirth, the female begins to show great activity. The owner needs to resettle the male, clean the cage and put fine hay or a clean rag in the house. If the birth began prematurely, the rodent may have brucellosis or another disease. In this case, it is necessary to conduct a bacteriological analysis in a veterinary clinic in order to accurately determine the cause of early birth.

The birth process can begin at any time of the day. If there are many cubs, childbirth can be delayed. No participation from a person in the process of birth is required. All that needs to be done is to ensure peace and quiet so that the female does not get nervous. In all other respects, she copes on her own, guided by innate instincts.

Childbirth, as a rule, proceeds quickly, painlessly and without complications. If the female cannot give birth for more than four hours, it is necessary to contact the veterinarian.

Cubs are born not yet ready for independent life and are completely dependent on their mother.

The main common mistakes in breeding rodents include the following:

Breeding mammals is a complex process that includes many subtleties and nuances. But, having dealt with all the issues, you can successfully breed healthy and beautiful rodents, regardless of breed and species.